Over the summer, I conducted research at the National Archives in Washington, D.C. These archival collections contain important reports, images and correspondence concerning the administration of federal off-reservation boarding schools for Native Americans in the early twentieth century. These records will inform a significant portion of my dissertation on Sherman Institute in Riverside, California. 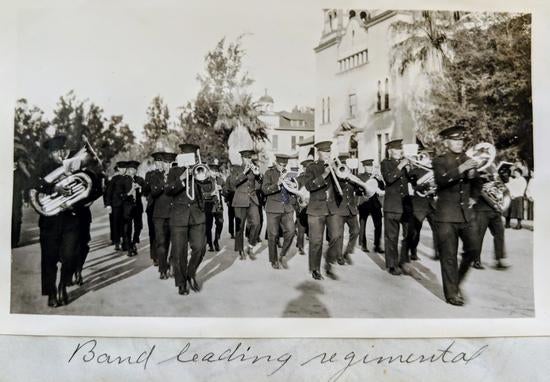 With the generosity of the History Department here at UCR, I had the opportunity to spend three weeks in England to study manuscripts and develop my paleography skills. The first two weeks of my time were spent in Durham, where I attended Durham University’s Institute of Medieval and Early Modern Studies Paleography summer school. Morning were spent in the classroom studying medieval Latin scripts and practicing medieval Latin under the instruction of Dr. Dias and Dr. Sønnesyn. After tea and scones at noon, the rest of the day was spent in the reading room of the University’s Palace Green Library, working directly with manuscripts. I spent my time studying Durham University’s manuscript V.II.11, a copy of Nicholas Trivet’s commentary on Boethius’ Consolation of Philosophy. I was able to reconstruct the editorial process of an erroneous passage, through examining the interlinear notes in the text.

My final week in England was split between the Bodleian Library in Oxford and the British Library in London, putting my sharpened paleography skills to work. I examined more manuscripts with Boethius’ works and some manuscripts with Martianus Capella’s Marriage of Mercury and Philology searching the marginalia for notes or commentary that might preserve otherwise lost information. 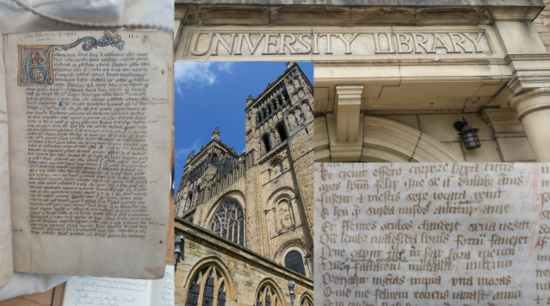 In the 2019 summer, I had the opportunity to attend the Classical Summer School at the American Academy in Rome.  This was a six-week course that included the study of materials, architecture, and history of the Ancient Roman period from the Republic to the Late Empire. Because of this course, I was able to visit ancient sites throughout Rome, such as the Imperial Forum, Markets of Trajan, and the Baths of Caracalla. I also had the chance to visit active archeological digs outside of Rome.  When not visiting and interacting with these Ancient Roman sites, I attended seminars focused on how to incorporate architecture and material remains into my research. I also had access to the vast resources at American Academy Library, which was a great benefit to my dissertation research.

Furthermore, I also will be presenting a portion of my research, which I acquired from my visit to the Baths of Caracalla, at the PAMLA 2019 Conference this Fall.  This opportunity was invaluable and would not have been possible without the support and funding I received from the Department of History and The Ransom Research Award, awarded by Connie and Roger Ransom.  I am grateful for this support and all opportunities it brought me. 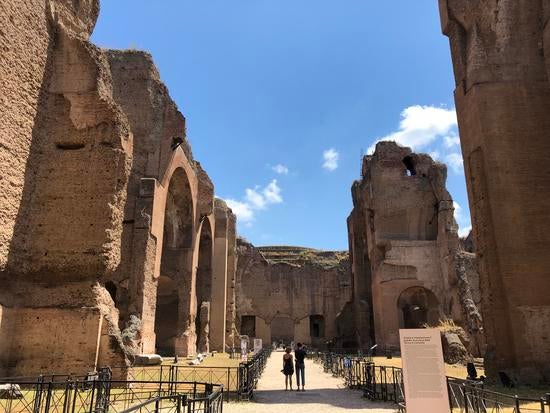 This September, I spent 16 days (6-22) in the UK. I spent 6 days at the National Records of Scotland in Edinburgh reading the Hamilton papers from the 17th century, focusing specifically on the friendship that developed between the Scottish James Hamilton, 1st Duke of Hamilton, and the English Basil Feilding, 2nd Earl of Denbigh as a result of Hamilton's marriage to Denbigh's sister, Mary. In addition to confirming how frequently the pair corresponded and assisted each other politically and personally, I also discovered that Hamilton's eldest daughter and heiress Anne, 3rd Duchess of Hamilton continued to correspond with and assist her Feilding cousins. These papers shed much more light on the ways in which the institution of marriage created a previously absent sense of unity between certain English and Scottish families prior to the passage of the Act of Union. In addition to reading the Hamilton papers at the National Records of Scotland, I also spent 3 days at the Warwickshire County Record Office examining the Denbigh papers, which contained further correspondence between members of the Feilding family about the Hamiltons. 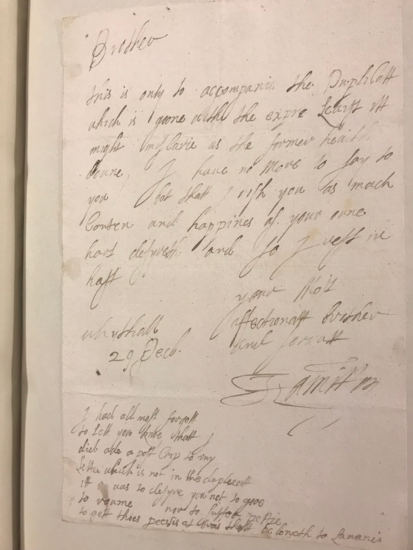